Hello again all,
This week I decided to at least build & undercoat most of the mecha I have.

One of them are the Ion Age Afara Striders.
Am going to use them as Assault Mecha in Gruntz.
I mounted them on 70mm dia mdf bases.

I had got 4 of them when they came out. I prefer Mecha in resin as they are more affordable than when made in metal.

So I decided to do a sort of review about what I found when building them.

Resin is good quality & light.
All are true & none are warped or deformed.
Minor defects ( small pin holes , easily filled up ).

Mould lines can be easily filed or scraped with a blade. I found out that the pesky mould  lines inside the sockets can be easily removed by wobbling the ball inside it until they're removed.

Ball & socket design fit well but must be pressed well until glue sets ( pinning makes it so much easier ). Movement of some weapons are slightly limited ( ie. the weapon barrel hits the leg ) . This is not a problem in itself.

I first built the one in the middle, then decided to fit 3x1 mm magnets to the arms of the other 2.
As you can see magnets make a great model even more versatile. Did not fit magnets to the legs as it would make the models too wobbly.

I just wish the model had a possibility for torso twist. I will try to cut it with a jewellers hacksaw though not sure if this is possible. ( Note.. tried it & stopped as it would be a lot of work for little gain).
Still have one to build but I'll be converting that one ( Done - converted open L/H palm & Power Hammer & Gatling Gun.)

scratch built from sprue
If you do not use magnets I strongly suggest that you pin it especially if you position the legs full tilt.

Can't wait to paint them up. They would also be great for 28 mm also.
Good job ION Age . Keep it up. 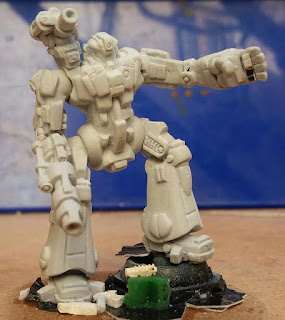 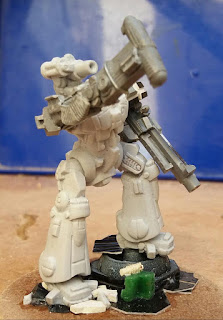 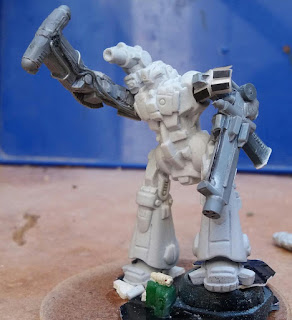 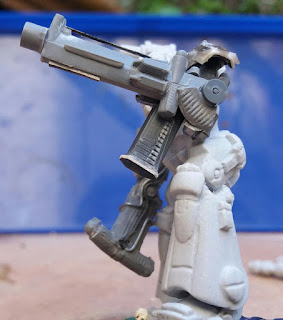 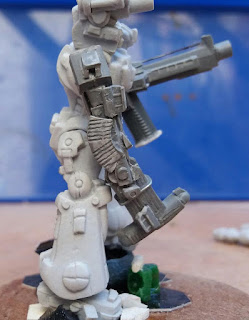 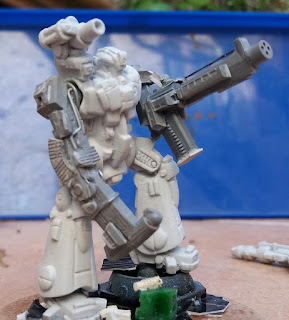 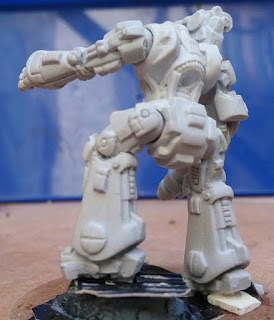 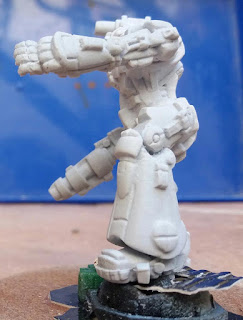 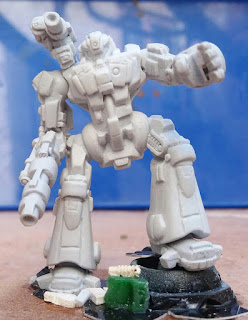 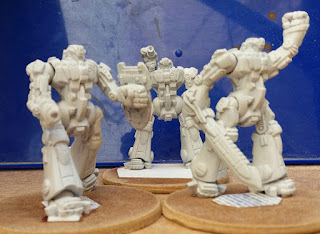 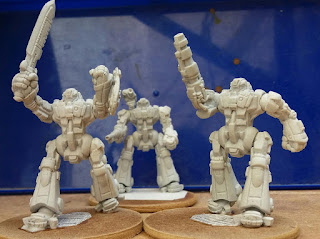 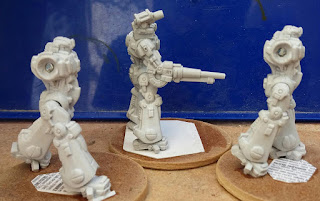 Thanks for your comments. Z
Posted by Zrunelord at 18:53