3754AD - The KF- 374, The Tzarina Katrina Romanov , mighty starship of the Skov Kosmoflot, translated from hyperspace & continued on reactor drive to the Antonov System.  As soon as a high orbit position on the 5th planet , designated Epsilon 37 delta ( named Tunguska Major ) was attained , portholes the size of hangar door slid open, in the dark blue bottom side of the ship .

Some 60 secs later amid the sound of warning klaxons & strobing blue lights , drop pods started to eject to the planet below. So started the colonisation of this world , the only habitable one in this system.

Here are AA Skov's , bikes ( not all are out yet but soon will be ) & Btr's. Matchbox humvies. Rebel minis wheeled gun drones & Matv Apache. A solid week of frantic painting. Loads more skov infantry to paint left.

Enjoy.
Thanks for you comments. Z 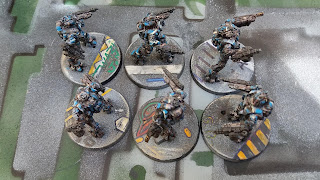 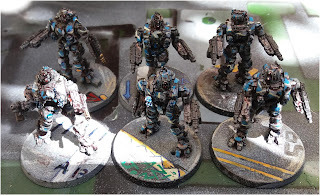 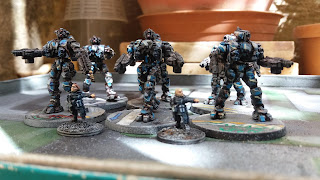 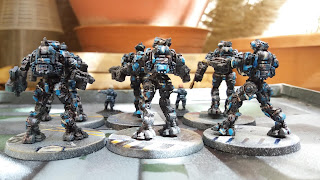 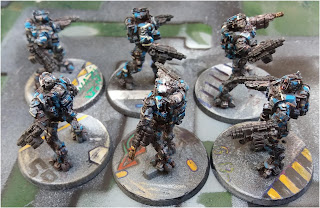 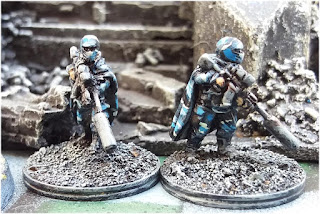 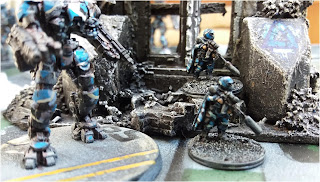 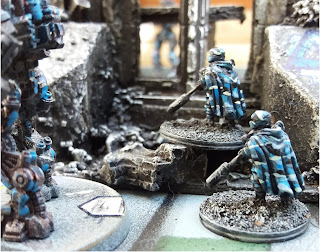 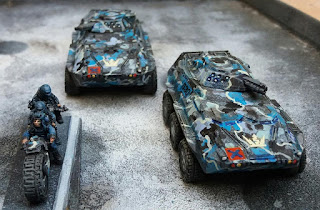 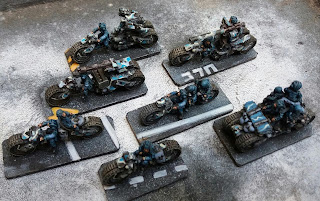 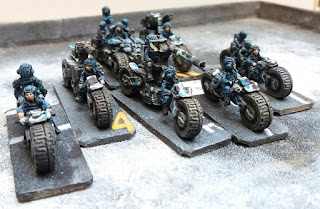 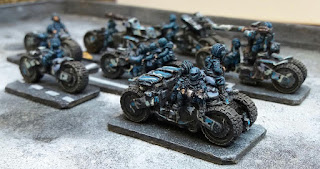 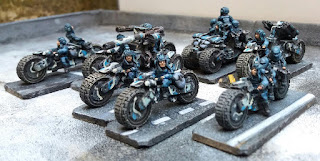 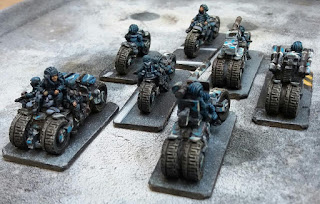 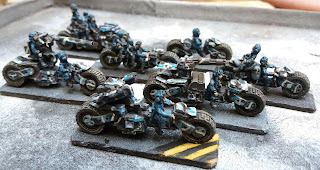 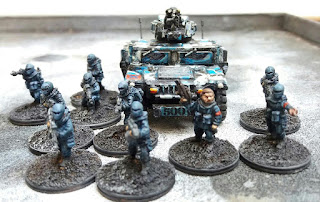 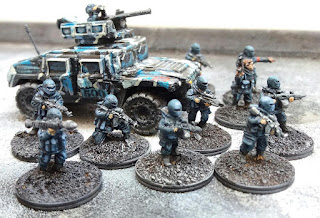 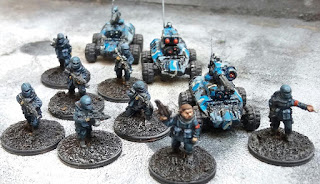 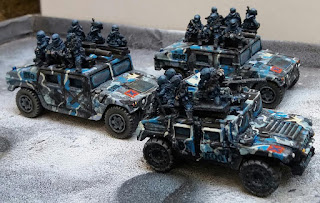 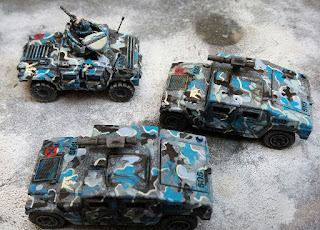 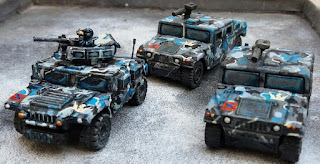 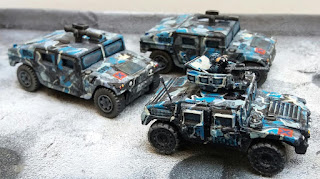