Hello again all,
15mm Alien Space dwarfs from Load ninja/ Alternative Armies . Can't remember what they were called. .
They're chunky & nice in a fuggly sort of way ( if one can say that !!! )

They could fill the role of Prospectors, Belters , Mercs , Traders ..... I based them on those plastic ( 20mm ?) pop off disks one gets from UK standard electrical boxes. These disks are usually thrown away which is a pity as they make great bases. The downside is that they're not magnetic like coins so I can't hold them with my magnet + cork figure painting holder.

The droids are scratchbuilt.

Thanks for your comments.
Z 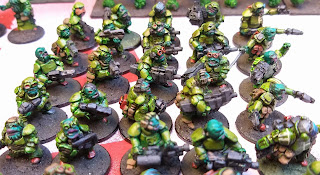 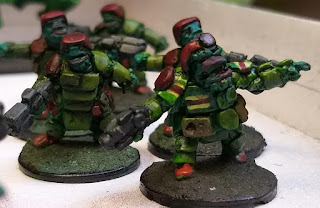