Hello again all,
I decided to make a press mould of the first one and made 4 more.
Now I have a small gang, perhaps I'll do more.
Intelligent upright lizard like creatures , official name " Lacerta tres oculii Intelligensis Erettus " ,
they're called "3's" by humans due to their 3 eyes sometimes even crocs due to their mouth.
They make great scouts or guards as it takes a lot to surprise them. They also make excellent
close combat troops as they can bite a limb or head clean off with their large mouths like
crocs.
These minis are good for 15 to 28mm. The larger one is a mini I made for a fantasy campaign
I Dm'd years back and now going to be used as extra muscle.
I used Milliput + sylmasta AB putty ,brown stuff and sprue. I used the blue stuff from Green stuff world to create the copies.I find this versatile reusable material very useful.
http://www.greenstuffworld.com/en/reusable-blue-stuff/8-blue-stuff-mold-8-bars.html
Sometimes one makes models that one is very satisfied with & I like these very much.
The overall shape isn't too complicated, so it can be easily replicated.
3's being short & stocky are somewhat slow & ungainly mostly due to their short thick legs and muscular tail, which they use for balance. They can be very fast with their bite , however & have been known to snap food prey from the air.
They're omnivorous , some have coined them as gluttons and prefer cool , watery habitats like jungles , forests ,woods & water bound islands.
They're can be adaptable & can be found even on starships and cities, though they tend to keep this to a minimum. Having said this, they avoid deserts & the like , like the black plague.
They can tolerate terran like seawater but prefer fresh water . They absolutely love terran salted fish which they trade for at every opportunity with humans.
I made another 5... see below pics. 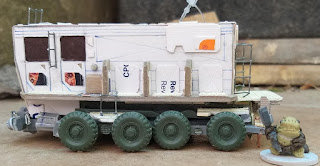 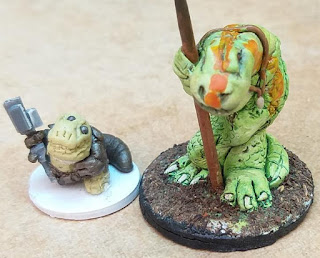 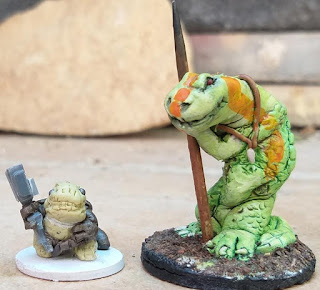 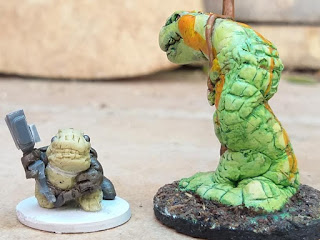 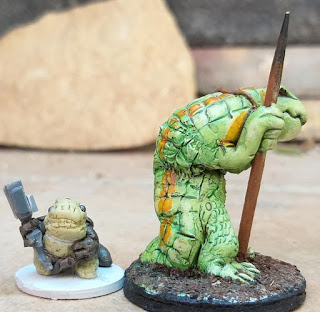 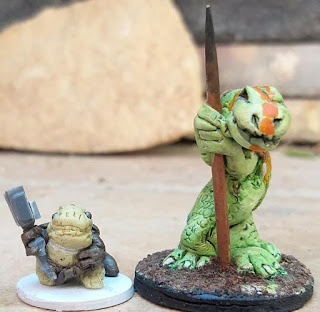 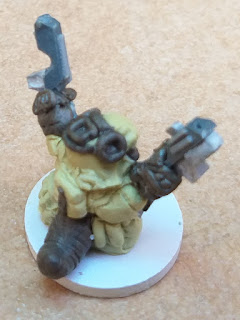 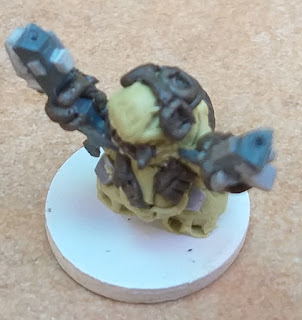 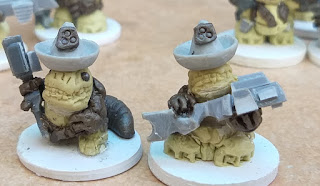 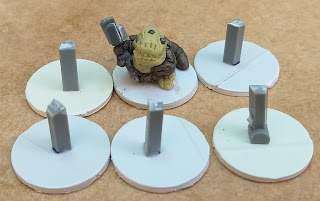 Here is the start of the 3rd lot. These are the press mould made out of 2 different types of rubber.
As you can see only the top part was moulded so you have repeatability and still have individual minis.

Weapons & other stuff is superglued in place & hands sculpted on them. I use Milliput for bulk & brown stuff for detail , which I prefer to Green stuff. 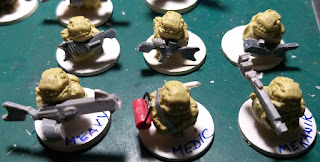 Finally all painted up....

Thanks for your comments.
Z
Posted by Zrunelord at 20:15