Some 3d 18mm sci fi stuff I working on

Hello again all,
A new post after quite some time.
Here is some 18mm scifi work I did using 3d Builder.
A simple and versatile program do use but it could do with some updates. like more tools.
To me it's like digital scratch building but I would love to learn Blender .....
I did 3 hover trucks, though if truth be told I kit bashed the hover skirts from a model I found on thingy verse as I couldn't figure out how to do it in the prog.
And
Jet bikes...... the wings / engine are not merged so can be turned the other way round. Below you can see the single seater one & heavy support version for Gzg's IF.
I also built a drone ( the red one ), it has different wings & reversed tail + card fins.
The trucks are draft printed with Gzg minis for scale. Future ones will be printed with variable heights using Prusa slicer.
An update - 25/09/21
Just added pics of my take on dropships - They are basically Spin washing liquid caps, saved before getting thrown away. Just a simple 3d printed ring + fins + door and add a 50mm diameter pipe, the one I used is similar to a silicone sealer tube..
I think  it would work well for Battletech / Mechwarrior also. Bit small for 28/32mm but it can get away with being used as an escape pod. Best thing it's free  & saves time,  it would take around 2 - 3 hrs to print on an FDM. 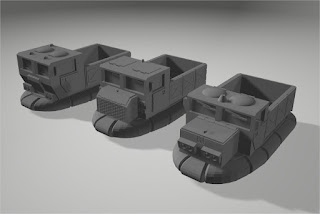 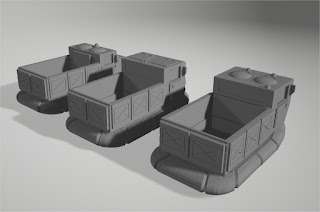 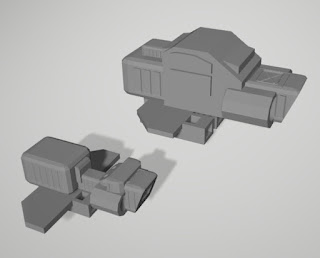 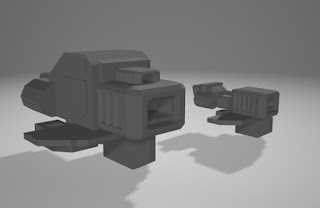 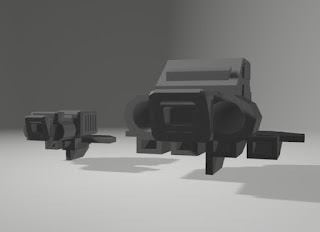 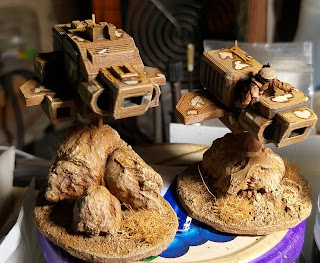 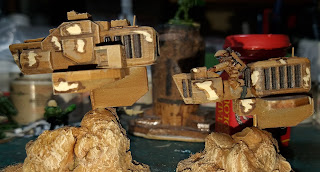 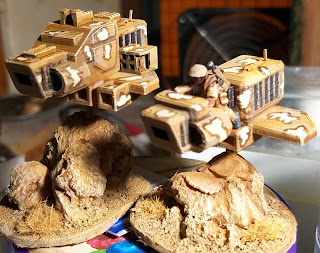 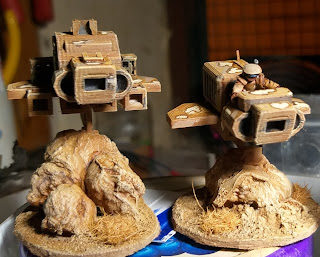 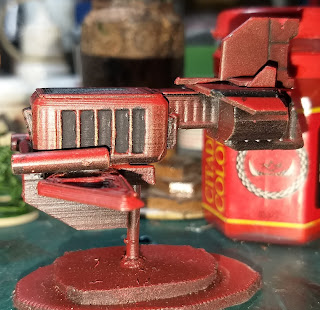 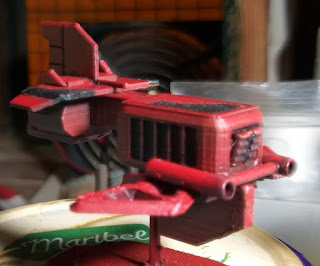 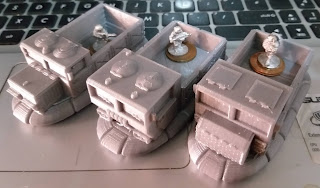 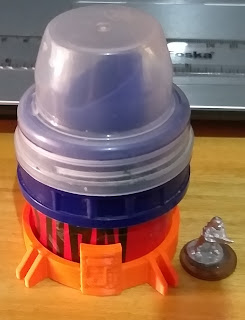 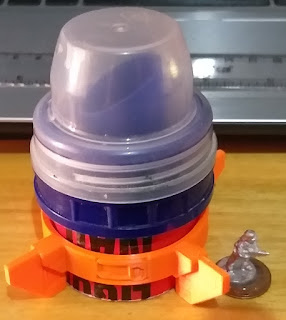 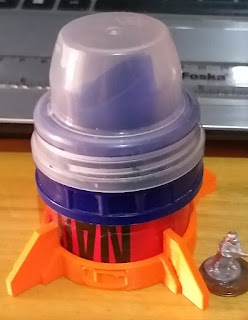 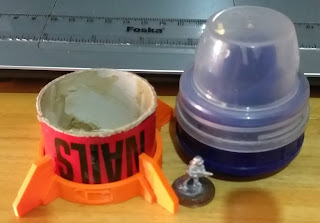 Thanks for your comments.
Z
Posted by Zrunelord at 17:57