Mostly 15 mm.co.uk minis. I like these minis, they have a certain comically serious look to them & are not too small not to paint. The detail is good with little clean up , perhaps there greatest flaw is the rather thick base they have but this is not really a problem.
I also did Khurasan's squad, like these also, the detail is very good , amazing what can be done on such a smale scale . Unfortunately my poor eyes , especially when trying to paint their eyes got the worse of the deal ......

All the vehicles are scratchbuilt -  the project was inspired when I found what was left of Lego Robot bits & pieces from when my son was younger ( & the dog hadn't chewed  :).

Still have to paint Khurasan Flying Saucer & Robots from various makers.
Would really like to get the 2 Rebel Minis walkers someday, especially the smaller one.

The crisscross pattern was achieved by first undercoating in white, then sand base & finally spraying brown Plasticote sandable primer over stretched bandage gauze. This created a nice 3D effect as the paint is thick not like an airbrush's. The idea is to represent solar panels or ablative armour or just a simple texture.
I admit they came out a bit rough & ready but the overall effect looks good which is enough.

Hope you find this useful.
Z 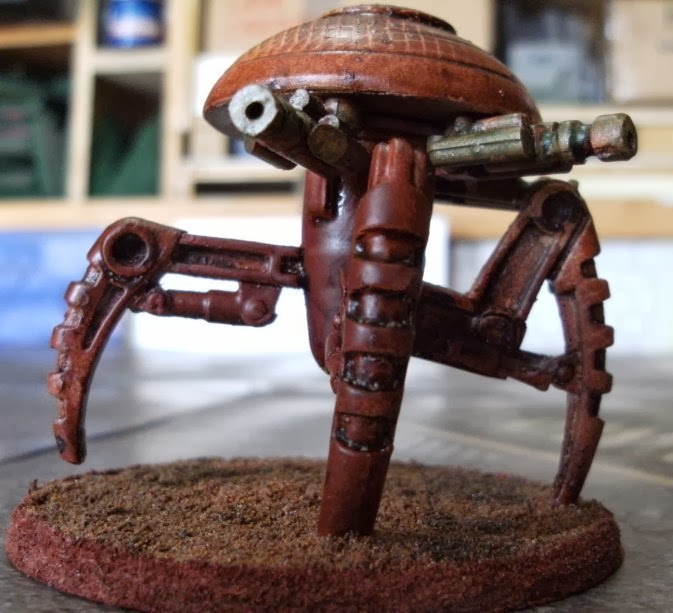 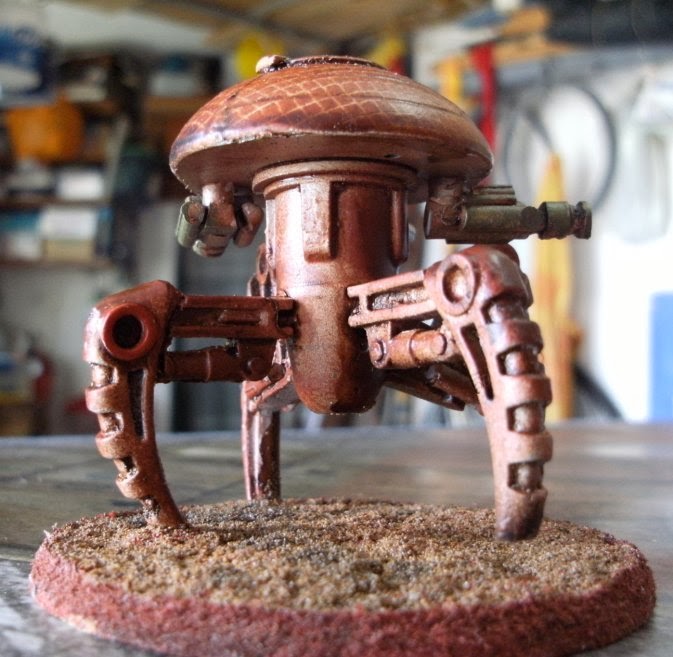 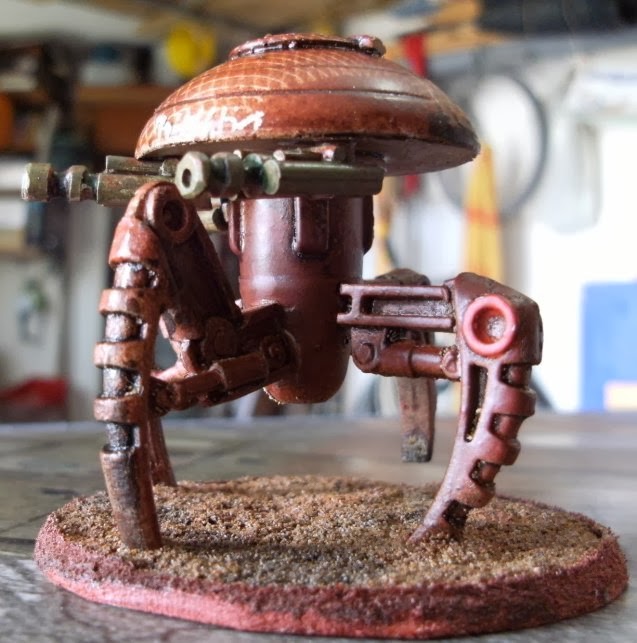 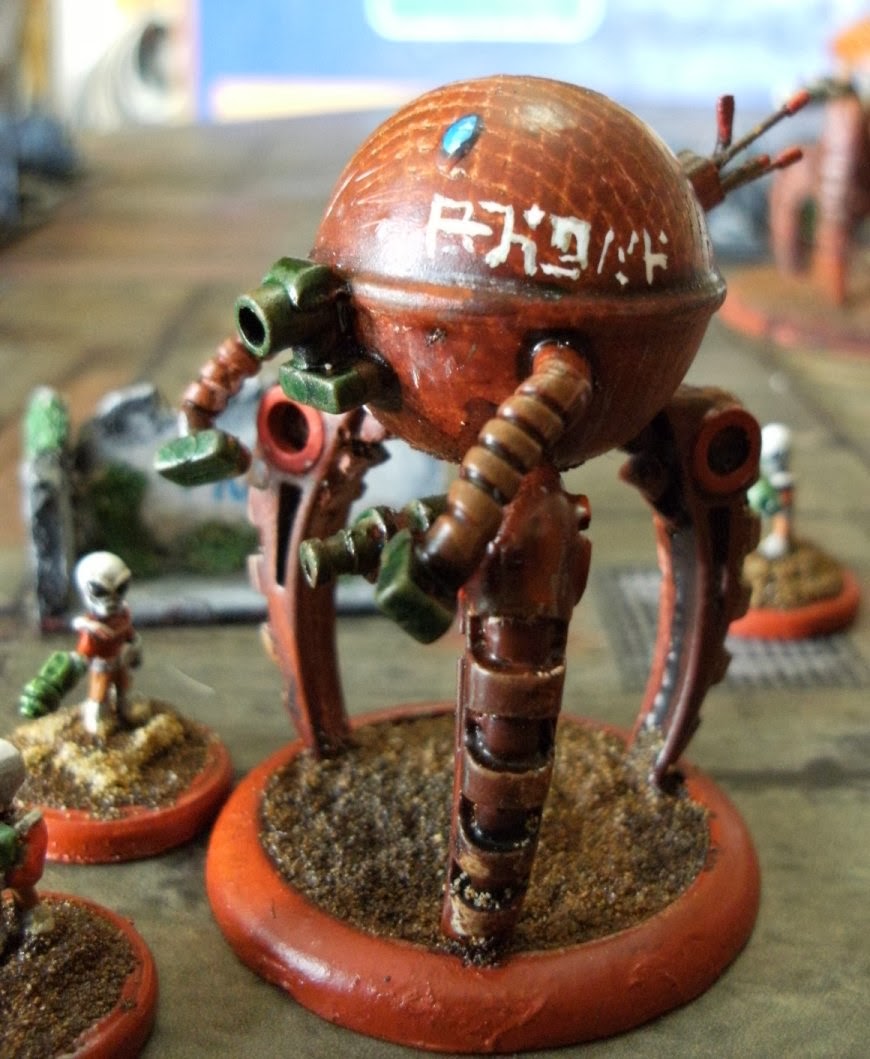