Hello all,
Finished my Ikwen & Barabuu Cattle & did a short write up on the Ikwen.
Photos follow the write up.


This is my setting as regards the Ikwen, one of the intelligent humanoid races that inhabit the galaxy.

He names this planet Albion Six, in the tradition of the RSN at this time. This planet is classified a resource planet but whilst having a breathable atmosphere it is not a habitable one as the light spectra of the twin stars orbiting the planet have a hallucinogenic effect on human psyche and cause severe migraines unless humans are equipped with special & expensive light filtering equipment. As a matter of fact all fauna on the planet has developed 2 pairs of eyes, as part of their natural evolution.

On the largest continent called Barabuu (around the size of back on Terra) Sir Frederick met with an indigenous intelligent Reptilohumaniod race which they called the Ikwen. The name Ikwen was coined after the Kalak IhikkKikk Shaman of the Twin Star Tribe said “ Ikka kawenn “ , as soon as he met Sir Frederick which can be loosely translated as “ What a big strange smelling creature “

Ikwen do not have a written language so all the names are human assumptions on how they would be spelled.

As always with the expansion of the there was also the growth of trade. Free traders & entrepreneurs followed in the wake of the explorers (after getting the Royal Trade Seal, off course).

One such free trader working under the arm of one of the powerful trading lodges New Horizons Guild House, George Thomas Sercombe, discovered that on Barabuu one finds a wild growing plant which if prepared & cured correctly would yield one of the most potent & popular psychotropic substances in known space. This drug marketed by new Horizons under the name “Juvens “for its invigorating effect, proved to be a very lucrative affair especially among the well do classes of society.

New Horizons employed the best botanical engineers to try to grow the plant (Tubus Herba Quadrifoglii  /  Tube / Ikkana utakeem ) on other planets but to no avail. This has made the Ikwen a very valuable resource as the only way to harvest the plant is with their help.

SBEF forces are now permanently stationed on Barabuu in light protected outposts to protect the Ikwen and obviously the crown’s trade interests.

Little do the botanical engineers know that the Ikwen exude a pheromone which helps the plant grow, sort of a symbiotic relationship & can only be harvested by them if good quality is to be ensured & they are not saying…..

Obviously the Ikwen ,not being fools demanded payment for their services. They asked for firearms after they saw what the SBEF arms could do. New Horizon decided to give then antiquated projectile weapons which the Ikwen appreciated greatly as they kill from afar.

It is to be noted that there are different Ikwen tribes on Barabuu who are not always on good terms & New Horizons are not the only trading company which has interests to make a profit. Neither is SBEF the only military forces present as other factions want a piece of the cake. 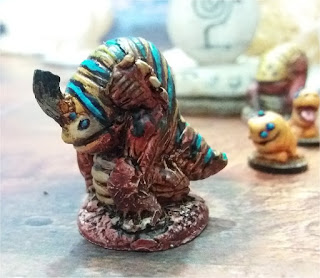 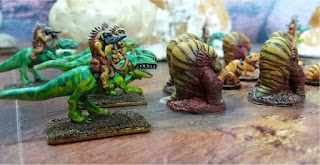 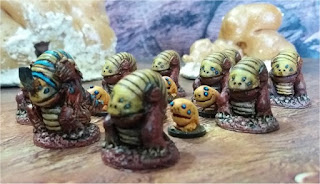 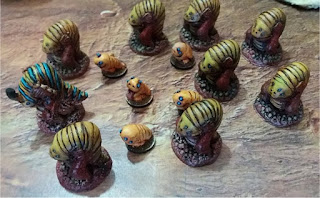 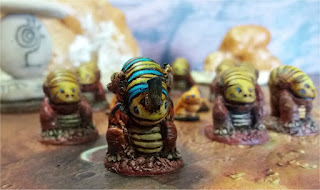 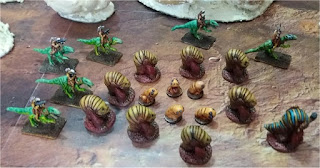 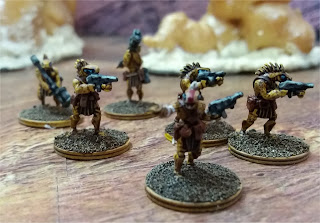 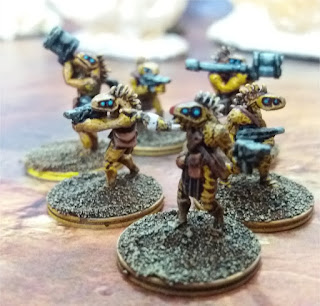 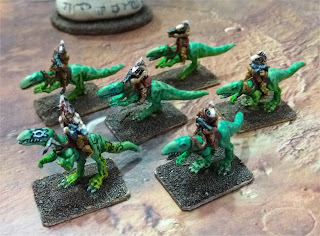 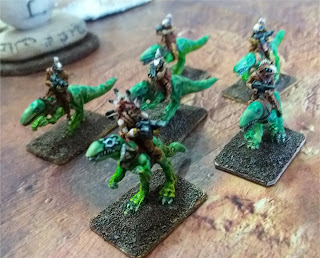 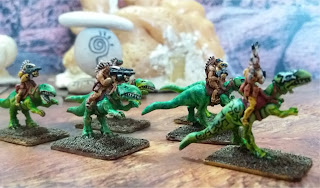 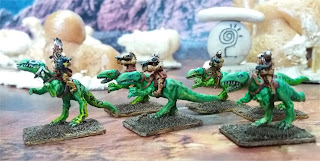 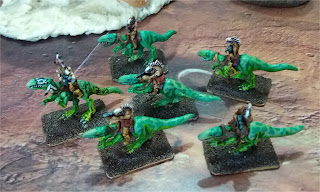 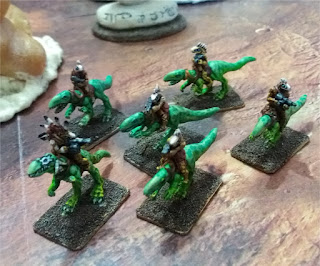 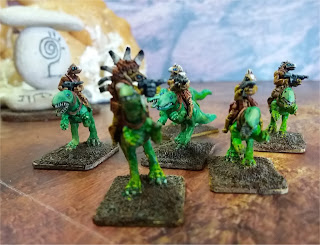 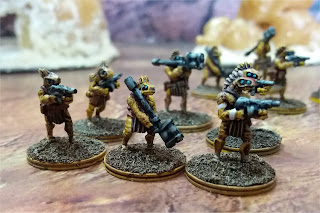