I found a very good deal on ebay for GW Carnifex parts & what better monster for 15mm Nid like army than a 40K Carnifex ? This is a prime example that loads of models can be used across several scales.

Unfortunately there were no bodies , so I glued 2 back shells one against each other & built the body using putty & card. The legs available made it possible to make charging / trotting models.
I modified them with GS also.
So now my Xenos / Nids have a monster capable of taking on a tank.
I added pics of the Broodlord, scratchbuilt warriors & army pics at the bottom. 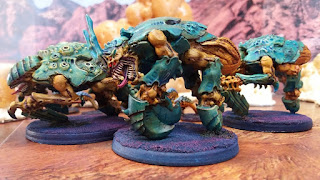 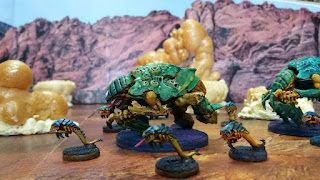 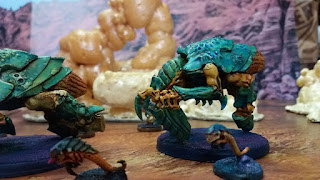 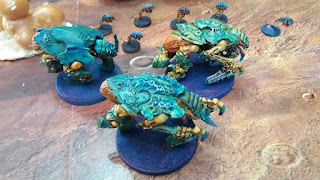 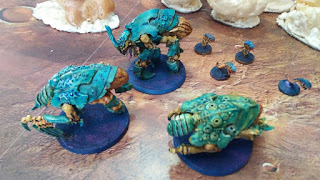 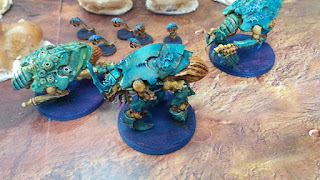 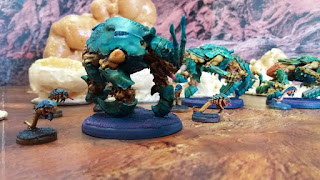 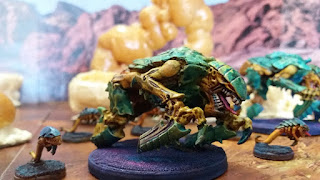 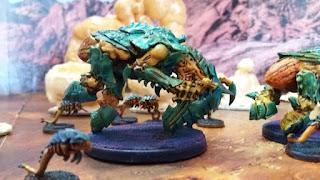 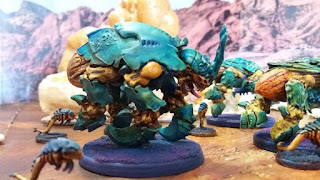 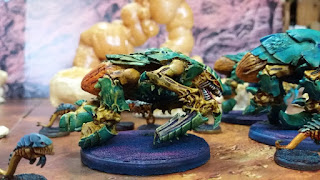 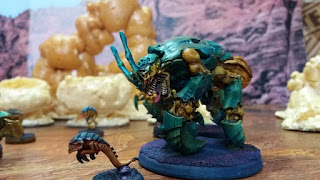 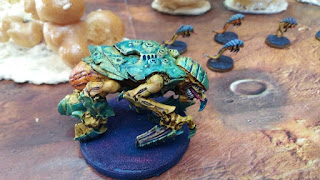 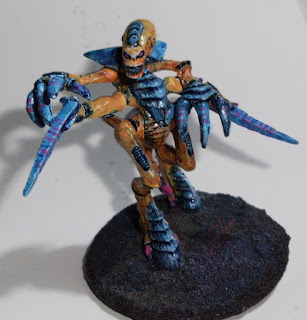 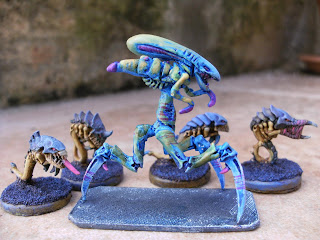 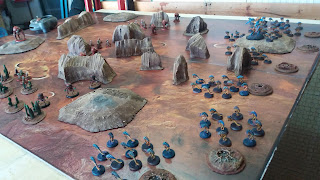 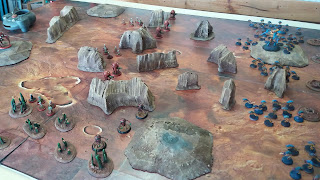